Croatia is simply a must-do for anyone who is able to travel. Snugly slotted between Slovenia and Bosnia and Herzegovina on the Mediterranean coast, this incredible country offers plenty for visitors to see and do. You cannot help but fall in love with its summer sun, breathtaking natural beauty, crystal clear swimming spots, mind-blowing history and architecture, as well as its fresh seafood and delectable wines. Here we have outlined an action packed 7 day charter itinerary for you to whet your appetite in planning your next sailing adventure in Croatia.

This historical medieval walled-in city of Dubrovnik, which lies on Croatia’s Adriatic coast, is an architect’s dream. Dubrovnik offers you the chance to explore its breathtaking Renaissance, Gothic and Baroque structures and buildings, with a full walking circuit. Sidewalk cafes are aplenty with many festivals taking place in the summer months. For all those Game of Thrones fans out there, you can even go on a tour of where the series was filmed in this magical city. Dubrovnik is a bustling, colourful city and it is where you will both begin and end your charter and will leave you starting and ending your charter on a high note.

To the north of this island you will find Sipan Luka, which is a quaint village on the waterfront at the end of a deep inlet. At the centre of this village you will find a huge ancient plane tree, around which all of the town’s buildings have been built. You will also find a miniature beach outside the harbour and plenty of swimming spots hidden by a bouldery coastline and lush olive groves. For the socialists, there are some bars and restaurants that must be visited.

The Mljet National Park can be found between two villages, namely Polace and Pomena to the north of the island of Mljet. Be sure to anchor in the well-protected Luka Polace, an uninhibited anchorage which is a found at the end of an inlet and is protected by four nearby wooded islands. The bay is surveilled by a spectacular ancient castle dating back to the 3rd century AD.

Korcula, which is blanketed in dense deep green forestry, is also known as “The Black Island”. On the other end of the spectrum is Korcula Town, which one could compare to a giant sandcastle town and is in actual fact a walled-in medieval city, much like Dubrovnik. Hence its nickname “Little Dubrovnik”. Food-wish, you can jump off the boat for some freshly caught seafood or to sample some of their local wines. You can also grab some fresh provisions for your yacht from the daily fruit and veg markets.

You will find Pomona on the north western end of Mijet island. This is an area bustling with tourism and is very popular for charterers as a visiting point. Here, there is an abundance of bars and restaurants, ensuring that those feeling sociable will get their fix.

To get to Ston, you can sail into the Kolas Stonski Canal, which is surrounded by forest filled slopes. It is very tranquil here and in summer is buzzing with the vibrant sound on cicadas. You will finally get to Ston, which is a tiny town near to Dubrovnik found in the south of the Peljesac peninsula with only 600 inhabitants. You will be able to anchor at Kobas, a small hidden cove, and there is also a small harbour. Make sure you get there early though, as this spot is popular with charterers and you will want to secure your spot at the only restaurant there. A definite eye-opener is the 900 metre long defensive town wall and the 5km long Great Wall, which the second longest in the world after the Great Wall of China.

Head back to Dubrovnik for your last day of your charter. From here is it definitely worth extending your trip and driving the mere 2 hours to Mostar in Bosnia and Herzegovina for a final jaw-dropping experience.

If a charter in stunning Croatia sounds like something you’d like to tick off your bucket list, get in touch with us and we can help you start planning. Email us at tori@yachtcharteroptions.co.za to find out more.

THAILAND: Our top 7 MUST SEE Spots

TIPS on TIPPING your charter crew… 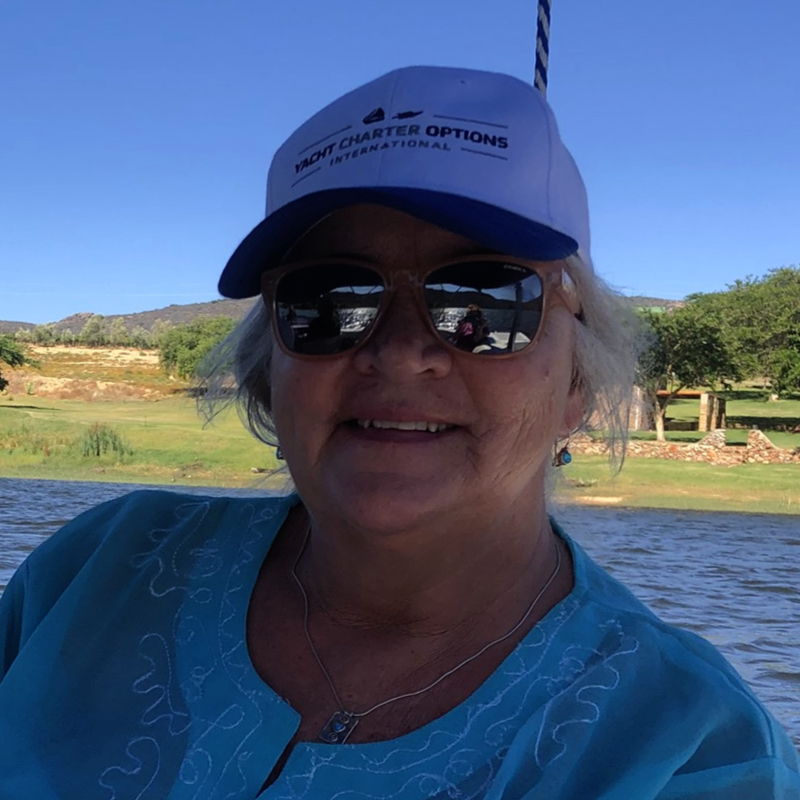 Passionate for travel and sharing information on all the amazing places to go!

Get all latest content delivered to your email a few times a month.