Any time of year is fine for a visit except from January to March, when heavy rainfall in many areas, and when there’s a high risk of cyclones in the east and northeast. In general, the best time to travel in most areas is April and October/November.

The coolest time to travel anywhere is during the dry season (May to October), but during this time the hauts plateaux (central highlands; which include Antananarivo) can get cold and windy, with freezing showers.

Nose Be charter base region is closed during January through to end of March.

The west and southwest get searingly hot during summer, but the winter months in these regions are pleasant, with blue skies, cooler temperatures and little rain. Most rain in the northeast falls from July to September.

Average maximum temperatures vary from about 30°C in coastal areas (higher in summer) to around 25°C on the hauts plateaux. In Antananarivo and other highland areas, temperatures during winter can drop to 10°C and even lower during the night.
Hotels and popular tourist attractions often get full, and prices go up, during the European holiday period from July to August, and during Christmas and Easter.

Antananarivo, often abbreviated to Tana, has a distinctively French flavor and atmosphere: French is widely spoken, and road as well as shop signs are mostly in French. The city is built on three levels. Dominating the city is the Queen’s Palace and associated Royal Village or Rova Palace of Justice; Palace of Andafiavaratra . Now a national monument, it was once the residency of the Merina Dynasty which, in the 19th century, united all Madagascar for the first time. On the lowest level is the market of Analakely.

The birthplace of the Malagasy state, Ambohimanga is 20km from the capital. Known variously as “the Blue city“, “the Holy city” and “the forbidden city”, it is surrounded by forests. The citadel was an important Merina stronghold and retains several structures associated with their ceremonies. Its main gate is an enormous stone disc; 40 men were needed to roll it into position.

The lush north is dominated by two great mountains. Tsarantanana, the island’s highest at 2880m, is covered with the giant ferns and lichens peculiar to high-altitude rainforests. Montagne d’Arbre 1500m is a national park and is famous for its orchids and lemurs. The monsoon falls in the north between December and March.

A provincial capital, Mahajanga stands at the mouth of Madagascar’s largest river, the Betsiboka. Boats depart for Nosy Be and several other islands.

Nosy Be is Madagascar’s most important holiday resort.
An island surrounded by smaller islands lying off the northwest coast, it is one hour by air from the capital. Exotic perfume plants such as ylang-ylang, vanilla (Madagascar is the world’s largest producer), lemon grass and patchouli are grown here.
The main town is Hell-Ville. Nearby, there is a ruined 17th-century Indian village.

A provincial capital, Antsiranana (formerly Diégo Suarez) is a cosmopolitan seaport overlooking a beautiful gulf at the northernmost tip of the island. There are many lakes, waterfalls and grottoes in the rainforests above the port.
Wildlife and flora includes lemurs, crocodiles and orchids. Permission to visit the national park at Montagne d’Arbre nearby must be obtained from the Ministère des Eaux et des Forêts, which has an office in the town.
Boats may be taken to Nosy Be. There is a good sandy beach at Ramena.

Ile Ste-Marie (Nosy Boraha) lies off the east coast, 150km north of Toamasina. Its dense vegetation and the difficulty of navigating the lagoons which surround it made it an ideal base for pirates and, later, a colony for convicts. There are many clove plantations and several historic sites, including Madagascar’s oldest Catholic church (1837). The island is also known for its beautiful white-sand beaches and coral reefs.

Situated on the northeast coast, Toamasina is the country’s main port and a provincial capital. It is an eight-hour drive from Antananarivo and, like the capital, it has several busy markets, including the Bazary.
Around 11km north of the town are the Ivolina Zoological Park and Botanical Garden, containing every kind of vegetable species from the eastern forests and many varieties of animal life. Vatomandry, further south, is a very popular beach resort.

The arid south is noted for its many remarkable species of cactus- and baobab-like plants and for the highly developed funerary art of its inhabitants, past and present. 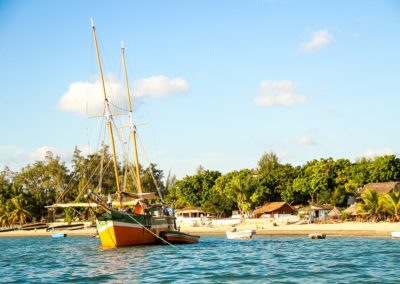 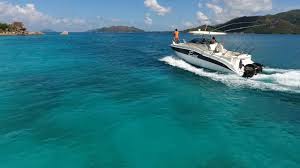 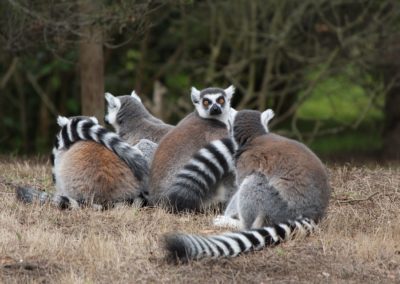 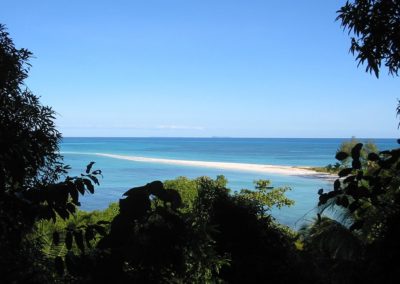