Arguably Africa’s wealthiest destination, a tropical paradise with tons to do. Port Louis, the modern capital of this 38-mile by 29-mile island, is a bustling port with a revitalized waterfront and a busy market. But most visitors gravitate toward resort areas such as Mont Choisy, quiet Trou-aux-Biches and the more bustling Flic en Flac, popular with scuba divers. Rivière Noire is ideal for those looking for the great deep-sea fishing experience.

The lively restaurants, white-sand beaches, ever-expanding resorts as well as the natural harbor, Grand Baie, is fantastic tourist ground. Located on the northwest coast of Mauritius, its fashion and craft shops appeal to landlubbers, while swimming, sailing and windsurfing enthusiasts frolic in the emerald Indian Ocean. Glass-bottom boat trips provide a window on the underwater world, but for a one-of-a-kind experience, board a two-person submarine and cruise beneath the surface with the tropical fish and sea life.

Watching wild dolphins swim is a popular excursion on the island as well as the whale encounters. Many hotels and tour operators offer a catamaran/speedboat excursion in the south east which includes an encounter with dolphins along with a visit to one of the small nearby islands, as a day trip of short cruise.
Taking place early in the morning, where you see dolphins swimming in schools, you might even get an opportunity to jump in as they swim about but the chance to actually interact with them are slim.
Do note that the present government are looking to clampdown on this activity as part of their eco-tourism drive as they believe that wild dolphins should not be disturbed by tourists in various boats.

Mauritius enjoys a widely varied culture, due in part to its complex history. First settled by the Dutch, the island was later overtaken by the French, who brought over slaves from Africa, specifically Senegal, Guinea, Mozambique, and Madagascar. Then the British eventually took control, and brought over indentured laborers from India. Later yet, Chinese settlers arrived, primarily Hakka and Cantonese.
Today, the result is a blend of diverse cultures, religions, and languages. The population includes Hindus, Creole, Chinese, Muslims and Europeans. Most are bilingual and easily switch between English and French. Creole is the main language, and there are also few Asian languages. The diversity is also evident in the cuisine, which is a blend of Indian, Creole, Chinese, and European. In fact, a combination is often offered within the same meal.
A somewhat conservative location, it’s wise to refrain from nude and topless sunbathing on public beaches. And dress appropriately if you decide to visit any religious places. 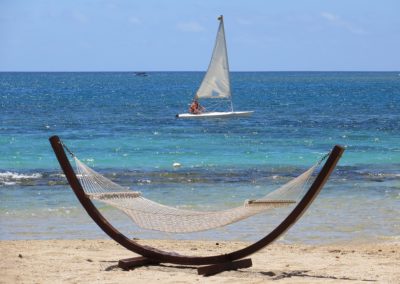 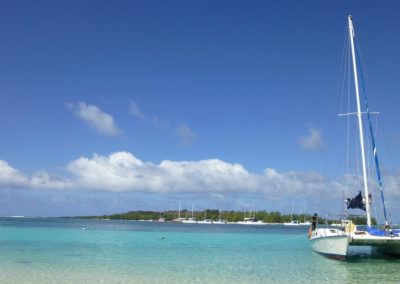 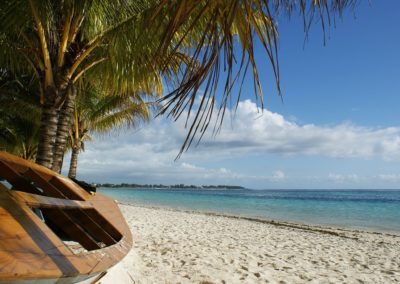